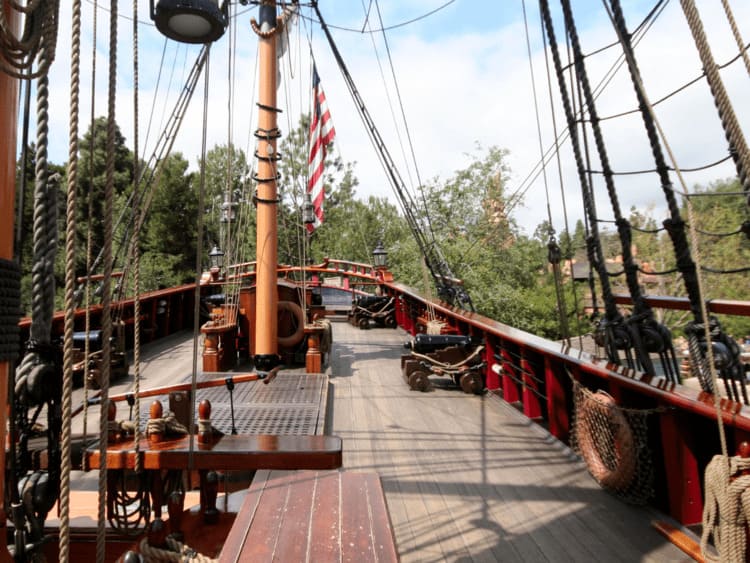 Jose Gaspar the Pirate and the Gasparilla

Tampa’s renowned yearly carnival, Gasparilla, was named after Jose Gaspar, famous for being the “last of Buccaneer,” who was known to sow terror in West Florida’s coastal waters in the late 18th and early-19th centuries.

Gaspar, who was nicknamed “Gasparilla,” served in the Royal Spanish Navy from 1782 until he and other mutineers assumed command of a Spanish warship-of-war. But why exactly is Jose Gaspar chosen to be Tampa’s patron for its local festival?

The History of Jose Gaspar

Jose Gaspar, more popularly known by his nickname Gasparilla, was supposedly born an aristocrat, was educated well, and was considered a fine gentleman. He was a strong pirate, but he had a soft side. These qualities led Tampa’s civic and social leaders to choose the pirate patron rogue for their annual celebration in 1904.

However, not much is known of Gaspar’s childhood other than the fact that he was born in Spain and served in the Navy. There are many versions of his early life, including kidnapping a young girl and escaping prison by joining the Navy.

The Gasparilla crew ravaged Florida waters from late 1821 to the time when they decided it was time for a break from pirate life. Their fortune would be divided equally, and they would disband to live in luxury and peace for the rest of their lives.

Jose Gaspar and his crew set their sights on one more thrill. However, they mistook a U.S. Navy warship for a vulnerable ship. The battle escalated to the point that Gasparilla’s ship was completely destroyed. Legend has it that Gasparilla, the U.S. Navy warship’s commanding officer, boarded the destroyed ship and wrapped a chain around his neck and waist before leaping into the water to protest.

Jose Gaspar, who died in 1904, left behind an undisclosed fortune in hidden treasure along the Florida coast. Although the treasure was never found, the tale of the swashbuckling Gaspar was retold in 1904.

Gasparilla was founded in 1904 by Miss Louise Francis Dodge, who was with the Tampa Tribune as the editor of its society section, and George W. Hardee, a Tampa government official, who conspired in the promotion of Tampa’s May Day celebration. The association known as Ye Mystic Krewe of Gasparilla was formed in secret meetings for this event in commemoration. Its forty members were determined to shock the public with a false pirate attack against Tampa.

Costumes rented from New Orleans were used by the first Krewe to arrive on horseback on the Festival Parade of May 4, 1904.

Tampa has kept its traditions alive by celebrating Gasparilla every single year, with only ten exceptions from the first invasion. Gasparilla was originally celebrated on the second Monday of February. Gasparilla moved to Saturday in 1988 to make it more accessible to the surrounding communities.

Gasparilla’s central theme is a friendly invasion by the mythical pirate Jose Gaspar. This invasion is played by YMKG. On the actual day of the parade, members of the association and a series of small boats sail through Tampa Bay until downtown on the boat named after the festival’s patron buccaneer. The parade route ended near Curtis Hixon Waterfront Park in 2011.

Members of YMKG, along with dozens of other pirate crews, throw beads and souvenirs to the crowd aboard floats. Many members of YMKG used to fire six-shooters with blanks into the air and then throw the shells at the crowd.

The Children’s Gasparilla Extravaganza usually takes place on Saturday before the main parade. This event is considered “family-friendly” because alcohol is strictly not permitted. It runs along Bayshore Boulevard and is approximately half the length of the main Gasparilla Parade. Unlike the Parade of Pirates, The Children’s Parade began in 1947 and has grown to attract around 100,000 people each year.

Many children don costumes to ride on floats and give trinkets and beads to the crowd. Youth organizations like sports and dance teams also take part in the Children’s Parade. In the hours preceding the Children’s Parade in Tampa, there are many activities and events for children. These include the Preschooler’s Stroll, which is a short informal parade of children riding scooters, strollers, and bicycles in pirate-themed vehicles. The evening firework display usually ends the day.

Jose Gaspar maybe a pirate with a shady background, but his economic impact on Tampa and the surrounding areas is indisputable. Gasparilla was the last of the buccaneers to die, yet his memory lives on in Florida. The Gasparilla Pirate Festival is a family-friendly event that celebrates Tampa’s rich history and significance in trade routes.

Tourists may experience the life of a Transatlantic pirate on pirate cruises organized by companies. Consult these businesses and request birthday party venues in Tampa to get a glimpse of the Golden Age of Piracy and experience the Gasparilla Pirate Festival.

SHARE ON
TwitterFacebookLinkedInPin It
#Jose Gaspar the Pirate
The Tech Wide