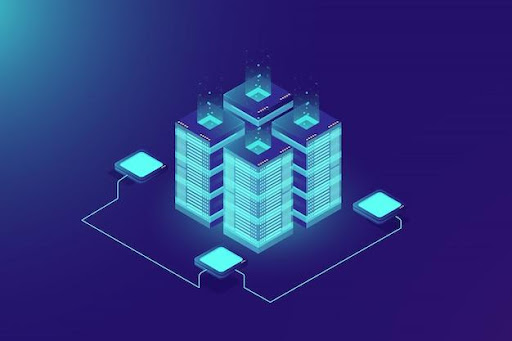 Everything You Need to Know About Blockchain Technology

Blockchain has revolutionized financial systems across the world. Blockchain technology enables cryptocurrencies or digital currencies guarded by cryptography, like email made possible by the internet. Beyond cryptocurrencies, the blockchain is an unchanging distributed database of transactions or data stored in various locations on a computer network.

Two basic blockchain properties are immutability and distributed. One can always rely on it, for it is accurate because of the immutable database ledger. Further, blockchain is distributed as it is protected from network assaults. Every activity or entry on the ledger is recorded in a “block”. For instance, the Bitcoin blockchain consists of around 500 Bitcoin exchanges on average.

The data in a block is reliant on and related to the information in the previous block, forming a chain of transactions across time. Hence this technology is termed a blockchain.

Blockchain are of four types:

Public blockchain are accessible, decentralized networks of computers that allow anybody who wishes to verify or authenticate a transaction. Those who validate transactions are referred to as miners, and they get rewards for validating.

Private blockchain aren’t public, and access is restricted. People who wish to join must first obtain authorization from the network administrator. They are often managed by a single entity, implying they are centralized. Hyper ledger, for example, is a closed, permissioned blockchain.

What is the significance of blockchain technology?

The cornerstone of the universe is information. The more information we have, the faster we can obtain it and the better our lives will become. Nevertheless, we also need to ensure that the information we receive is correct.

This is where blockchain comes into play. A blockchain network enables us to follow multiple processes from beginning to end. It comprises many things, such as payments, purchases, accounts, and output. This results in documented distribution networks and systems.

The blockchain system enables us to obtain information in a quick, structured, and transparent manner. It has the potential to transform the way worldwide supply chains run by establishing trust in transactions and offering new chances for efficiencies.

Furthermore, the information stored in a blockchain is freely distributable but can only be accessed by network users with authorization. As a result, the data is less sensitive to cyber assaults and fraud.

Blockchain, being an unbreakable record of transactions, does not depend upon external authorities to confirm that data is authentic. Blockchain, as a Distributed Ledger Technology (DLT), is commonly used in modern practice to keep data on commercial transactions. Nevertheless, the blocks can be employed to save any kind of information virtually, building a data chain. All of these characteristics distinguish blockchain from conventional record-keeping, which may be prone to inefficiency, mistake, and data tampering.

How does blockchain technology work?

When a transaction is requested on a blockchain network, it is published to a participant network of computers known as nodes, which will utilize algorithms to check and confirm the transaction and the user’s status. After that, a new data block is created and uploaded to the blockchain in an immutable manner. A blockchain stores the transactions with a cryptographic signature known as a hash.

The following are the characteristics of a blockchain:

All validated records are immutable, which means they cannot be undone or amended. Tampering will be visible if even one block in the chain is changed.

The significant aspect of blockchain security is that if cyber criminals want to hack a blockchain, they must tamper with or modify every single block in the network. It means the blockchain acquires additional security with each new block added to the chain.

Verified transactions may record money transactions, smart contracts, or other data. You should be careful of hackers who may attempt to get your details and grant them access to your data. A bitcoin transaction, for example, may necessitate two-factor authentication. A hacker may be able to verify transactions on your behalf if he acquires access to elements such as your email or mobile phone.

When it comes to cryptocurrencies, you may also possess a private key that allows you to access your digital wallet. If hackers gain access to this key, they may be able to breach your wallet and steal from it.

SHARE ON
TwitterFacebookLinkedInPin It
#Blockchain Technology
The Tech Wide