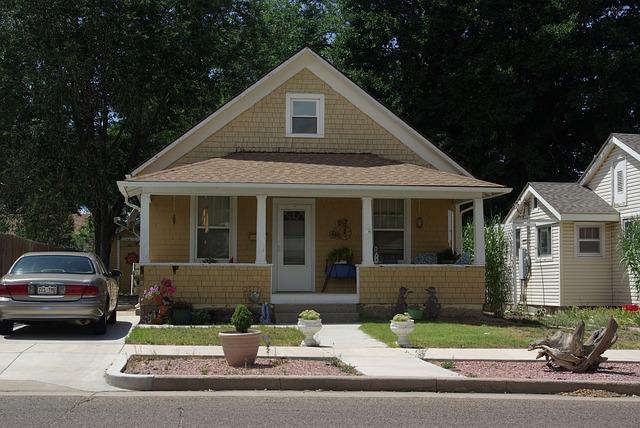 With approximately 4 million residents annually, Los Angeles is the second-largest metropolis in America. Everything from attending concerts to surfing, bar crawls, ax throwing, paint nights, visiting museums, or even taking a helicopter ride is available. How does year-round temperatures of 70 degrees sound? The average high and low temperatures, according to U.S. Climate Data, are 72 and 56 degrees, respectively. There is a restricted supply of Los Angeles homes for sale, which raises the cost of homes due to the lack of supply. In Los Angeles County, homes typically sells for roughly $680,000. It is undoubtedly difficult for homebuyers to navigate the market.  There are many renowned persons and homes in Los Angeles; keep reading to learn about 5 of them.

It was constructed in 1818 and is accessible to the public every day for free. It only takes around 15-20 minutes to view everything, but it is worthwhile to pause and stroll through such a significant location in Los Angeles. Additionally, following your stay, stop by Cielito Lindo for some delicious taquitos. You may either pay to park in one of the nearby lots or take the train to Union Station and then simply cross the street. You may get there by just heading down Olvera Street; it is practically in the middle.

The magnificent Greystone Mansion & Gardens, built in 1928 for the son of a well-known oil magnate, is encircled by 18.5 acres of beautiful, city-owned parkland. It was formerly known as the Doheny estate, but now Beverly Hills has officially designated it as a historical site. Greystone frequently provides a breathtaking setting for educational and cultural events, picture and commercial shoots, weddings, and public gatherings. In addition, Greystone has played prominent parts in numerous well-known films since 1965, when the building was leased to the American Film Institute. The superbly kept formal gardens with their focal point fountain and the pool and inner courtyard area are the two public areas on the grounds that are open to visitors.

Through historic restoration and preservation, Heritage Square Museum examines the settlement and growth of Southern California throughout its first 100 years as a state. Eight Victorian-era buildings that were preserved from demolition and are now part of the museum provide the ideal setting for teaching the public about life in Southern California from the end of the 19th century to the beginning of the 20th century. The Museum offers a distinctive insight at the way of life of those who made significant contributions to the growth of contemporary Los Angeles, from the simplicity of the Longfellow-Hastings Octagon House to the extravagance of the William Perry Mansion.

The Schindler House has all the makings of a great work of art. Schindler and his wife Pauline had a common vision, and he gave her enthusiasm in a revisionist lifestyle and brilliant architectural form. The house was designed as a communal living experiment to be shared with Clyde and Marian Chace. Each person had a separate space to “express his or her individuality” in the four rooms available. On the roof, there were outdoor sleeping porches and a communal kitchen.

An iconic piece of mid-century modern architecture is the Stahl homes residence. Any article or book on the subject will frequently utilize a photograph of the house taken by Julius Schulman as the cover image. Why is this house so unique and famous? This house’s significance is a result of the site, materials, architecture, setting, images, and cultural milieu of the era in which it was constructed. These distinctive aspects of the project combine to create an idealized architectural concoction that still fascinates people today. With well-known architecture, the renown of the structure is frequently attributed to the name of the architect or the position of the owner rather than the mood and caliber of the space the architect has created.

SHARE ON
TwitterFacebookLinkedInPin It
#LA Homes
The Tech Wide