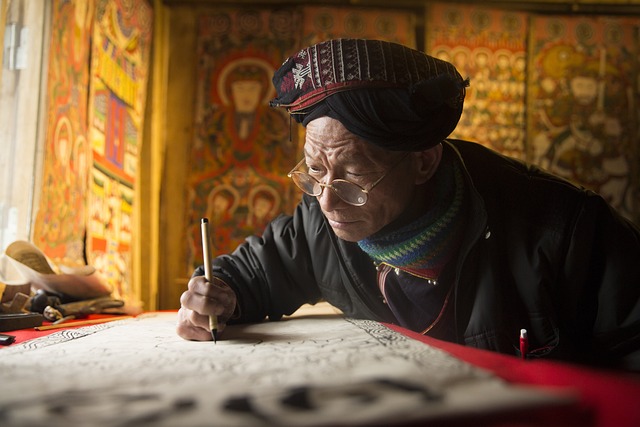 Charles Marion Russell (1864 – 1926) was born and bred in Missouri. From a very young age, he drew sketches and made clay figures of animals. He spent hours reading about the “wild west” and mingled with the explorers and fur traders who came through Missouri. Then, when he was only 16 years old, he left his home for the American West.

He produced more than 4,000 works of art, of which more than 2,000 were drawings and paintings. In this article, we will provide you with a bird’s eye view of the spectrum of his work, name some of the paintings in the different categories and discuss one or two paintings in each category.

The Spectrum of Russell’s Work

There are different ways in which art historians categorize Charles Russell’s art, but we’ll follow the route many art scholars use when they discuss Russell’s artwork. Using this method, his artwork is categorized according to the main subject of the artwork – in other words, what is depicted in the painting. The categories are as follows:

There is also a 5th category called “Other” for works not fitting into the other categories.

Russell is known as the “Cowboy painter,” and although he painted many other subjects as well, his depiction of cowboy life made him famous. One of Charles Russell’s paintings is “Meat’s Not Meat Till It’s in the Pan.” The painting depicts humorously a cowboy who has shot his prey and is now considering how to retrieve his meal-to-be from the outcropping where it has fallen.

Russell made it a winter scene, and shades of blue dominate his palette. The chosen season and colors add dark humor to the scene.

Other well-known Russell paintings with cowboys as subjects include:

Because of the time he had lived with the Native Americans, Russell had a unique insight into their culture and customs. In this oil on canvas, an adult Native American man wears colorful clothes made of leather, fabric, and feather. In his arms, he carries what seems like a rifle wrapped in a handmade leather case.

Another beautiful painting is “Mandan Warrior.” Russell painted this watercolor in 1906, depicting a warrior of the Mandan tribe. The painting depicts the Mandan warrior and his horse. Both are in full war regalia, including the plumes of many different birds, deerskin, and red and blue war paint.

Other famous Russell paintings depicting Native American people, culture, and customs include “The Marriage Ceremony” (“Indian Love Call”) (1894) and “Bringing Up the Trail” (1895).

She is portrayed very respectfully, standing over a piece of animal hide, being tanned and treated. The painting is colorful and, at the same time, “peaceful.” Other paintings of women include “Water for Camp,” which depicts the everyday life of Native American women, and “Cowgirl on a Bucking Horse.”

Charles Russell’s paintings also depict historical events in the American West. Examples of such works include “The Indians discovering Lewis and Clark,” “Lewis and Clark on the Lower Columbia,” and “The Custer Fight.”

“The Attack” is an interesting painting. It depicts a Native American attack on cowboys. Unfortunately, Russell didn’t indicate why the attack had been made. The painting is only telling the story of the attack itself.

Some paintings which do not clearly fit any of these categories include “Burning Crow Buffalo Range,” “Utica” (“A Quiet day in Utica”), “Deer in Forest” (“White-Tailed Deer”), and “Waiting for a Chinook.”

“Waiting for a Chinook” was Russell’s first “commercial” work. Russell documented the winter in several watercolors during the harsh winter in 1886/1887. The ranch foreman where Russell was working at that stage reported to the range owner how the cattle herd had weathered the winter by sending him a postcard-sized watercolor that Russell had painted. It was a painting of a gaunt steer being watched by a pack of wolves. Other ranch owners and art lovers saw the painting and started commissioning work from Russell.

Later Russell painted a more detailed version of the scene and called it “Waiting for a Chinook.” It has become one of his best-known watercolors.

Although it is challenging to observe 4,000 artworks which include more than 2,000 paintings and drawings, it is a more “digestible” task if you divide the artwork into categories and then look at the artwork within each category. This article’s categorization should help you successfully observe Charles Russell’s artwork.

SHARE ON
TwitterFacebookLinkedInPin It
#4000 Works of Art
The Tech Wide