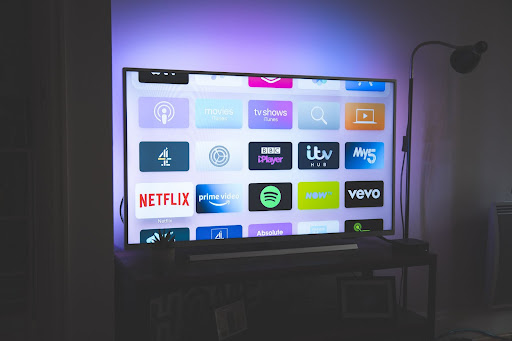 Written by thetechw, In Technology, Published On
September 29, 2022
, 54 Views
+
Table of Contents

You may have run into a situation where you try to watch a video on one of your favorite streaming sites, but instead, you’re met with an error message that says the site is blocked in your location. Don’t worry; there are ways to get around this.

This complete guide will show you how to unblock video streaming sites no matter where you are. For instance, if you want to unblock ESPN plus in UK, you can use a reliable VPN. So whether you’re traveling abroad or just trying to access restricted content in your area, we’ve got you covered.

Why and Where Are Streaming Sites Usually Blocked?

Websites that stream video are essentially just websites that offer video. This can include websites like YouTube and Netflix, both of which stream full-length videos in high quality, such as television episodes and movies. However, compared to Netflix, YouTube streams shorter clip-style videos.

Videos usually require a lot of resources for them to run, and because of this, they are often restricted on public Wi-Fi networks like those in airplanes and trains. This is because a certain amount of bandwidth is available for all users. As a result, the quality of the connection experienced by other users could be negatively impacted by anyone streaming video.

No manager wants their employees sneaking off to the restroom for fifteen minutes at a time so they may watch the most recent episode of their favorite television show on Netflix.

The good news is that you may unblock streaming websites by utilizing a piece of software known as a VPN. Find out how to do it by reading on down below.

You will need to download a program known as a virtual private network (VPN) to access streaming websites that are restricted on the network you are using. A VPN enables users to conceal their online activities, ensuring that only they are aware of the content they are accessing online. Additionally, it allows you to bypass any barriers preventing you from streaming videos, especially those found on websites.

Hundreds of other providers offer VPN services; however, ExpressVPN is the one we recommend. ExpressVPN provides a risk-free experience under its extensive 30-day money-back guarantee. If you want to do some comparison shopping, here are our top three recommendations for VPN services that can unblock streaming websites:

Follow the steps we have listed below after selecting a service from one of the three options presented above. As part of the illustration, we will show you how to unblock streaming websites using ExpressVPN:

Once the application has successfully connected to the network, which should take less than a minute, you can access any streaming website that was prohibited before. You have the option of launching video streaming applications like Netflix or Youtube, or you can go to the websites of those companies. You will now have access to the websites and be able to see an unlimited amount of video and other streaming media forms.

How Does a VPN Block Streaming Sites?

A VPN helps you remain anonymous online by concealing your activity. It will prevent you from accessing YouTube and Netflix as it detects you are trying to do so. If you are trying to visit a streaming site, the network will monitor your activity and determine what you are attempting to access. Streaming websites that are typically restricted can be accessed without difficulty.

Your computer, tablet, and phone can browse websites anonymously when you use a VPN. Encryption is the method used to accomplish this goal. After that, it sends the information to a server owned by the firm that provides the VPN service and is referred to by that name. Following this, the server will either remove the “encryption,” which will forward your request to the rest of the internet.

It will be hard for them to prevent you from accessing the network because the data sent across it is encrypted. The network to which you are currently connected is unaware of whether you are using it to visit Google or watch an entire movie on Netflix. Because of this, they will not block you, which means that you can access and view any streaming site you choose.

Challenges of Unblocking a Streaming Site

Even if you use a VPN or any other means to unblock a website for streaming, you may still be unable to watch the program you want to watch because the website requires you to sign up for the service and may even charge you a fee.

Several services require you to have a local presence to use them. For example, if you want to watch episodes from many locations, you’ll need to sign up for a separate Amazon Prime account in each of those locations.

In most cases, all that is needed to begin the registration process is an email address and, later on, a payment method that is suitable for the location so that you may be able to unlock the subscription.

While the method mentioned in this guide works, it’s important to remember that it may not always be successful. If one method doesn’t work for you, don’t give up – research and try another. With patience and perseverance, you should be able to unblock your desired streaming site in no time.

SHARE ON
TwitterFacebookLinkedInPin It
#Video Streaming Sites
The Tech Wide