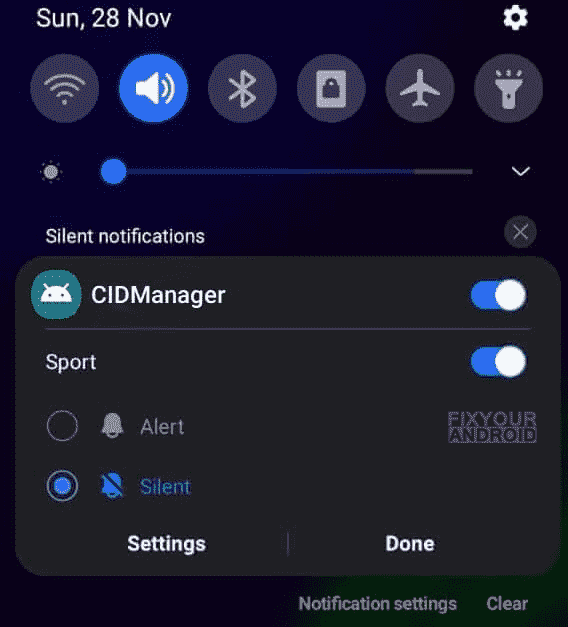 The CIDmanager is an app that is already on Samsung devices that helps the device get firmware updates that are specific to a country.

CIDmanager: Everything To Know About The App

Written by thetechw, In Technology, Published On
November 17, 2022
, 36 Views
+
Table of Contents

You may have recently seen a running app named CIDmanager on your Android phone and you are wondering what exactly does this app do? Well, that’s what we are here to explain. Cidmanager is an app for Android devices similar to Rootpa which is exclusively available on Samsung devices. It may look like not much but there’s a lot more to it than meets the eye.

The question is, what is CIDmanager? Well, for starter, many people and forums think your device’s network carrier number is in the Cid manager app. So, is it a malware? Well, the app does many things, and if you learn about them, chances are you’ll like it even more and not want to get rid of it. You also need to know how to deal with the pop-up messages it , its meaning, and why it appears. This article will help you to understand the functionality of the CIDmanager app and determine if it’s worthy to be in your device or not.

What does the CIDmanager app for Android do?

If you have a Samsung device, you have probably seen a notification recently that read ‘New Service Provider’. This service provider is CIDmanager which is already on Samsung devices. It lets the phone match the devices’ network providers with their countries of origin so that the devices can get updates. Is this necessary? Well, yes! This type of update is important because it affects the device’s firmware. With it, the device works right. Also, they are only available in certain countries and can only be accessed with the right codes.

What is the CIDmanager’s purpose?

The CIDmanager Android app has the service provider’s phone number and acts as a link between the carrier network and the ODM country so that country-specific firmware updates can be found and accessed.

The way CIDmanager works is complicated. Every device has a design country, also called the country where the original design was made (ODM). It will have a different carrier network or service provider depending on the country where it is used. The service provider and the ODM country must exchange certain codes to get firmware updates. CSCs (Country Specific Codes) are the names for the codes (CSC).

What does it mean for com. Android.CIDmanager to be there?

The CIDmanager Android app has a name extension of com. Android.Cidmanager. Each Android app needs its own unique ID extension to get into the Play Store or the Apple Store. Even though built-in apps aren’t usually sold in stores, programmers still install them on a device. This means that they still need their own unique identifier extension to set them apart from other apps.

What rights does the CIDmanager need to do its job?

The CIDmanager is much easier to use than other apps that need multiple permissions to work. It only needs one time permission to work, which is the Telephone permission. With the help of letting the person use the phone, the app can get all of the information about the phone that it needs to work efficiently.

How can I tell if my device has the CID Manager app on it?

In the previous paragraphs, we talked about what the CIDmanager app is, so you may be wondering if your device has it or not. If you have a Samsung device, you definitely have the app, even if you might not be able to see it. Other devices that use special companies also have an app that connects their provider networks to their country of origin. However, they are called by different names.

Does having the app on your device have any downsides?

The CIDmanager is a very important app that your device and firmware updates need. Still, the fact that it is in any device comes with risks. The “New Carrier Provider” notification problem is the one that comes up most often.

The message tells you about new service settings you want to give your device access to, and when you look into it further. It wants a factory reset, but that doesn’t fix the problem. So, the loop keeps going. This might be annoying, especially since you can’t do anything on the device anymore.

Why Does the New Provider Notification Problem Happen?

We still don’t know what turns on the new service provider notification. But it’s likely that the device doesn’t help its Open Marketplace Customization (OMC) functions anymore. This means that when the CIDmanager Android app tries to compare the ODM and CSC codes, a problem comes up and starts a back-and-forth loop. The best way to fix the problem is to force stop the app. In the next section, we’ll talk more about the process.

How do you stop the CIDmanager app from running?

The new service provider is strict and makes it hard for you to enjoy using your beloved Samsung device. Force stopping the app and breaking out of the loop is the best thing to do. The process isn’t hard, and all a person has to do is follow the steps below:

You could also use Root Explorer or Kit Disabler Pro to turn off the app, Flash Stocking ROM, or ADB installation or Titanium Backup to uninstall it. But clearing the cache is one of the best ways to fix problems with Cidmanager and other apps like com.sec.android.daemonapp or com android incallui without losing important information. 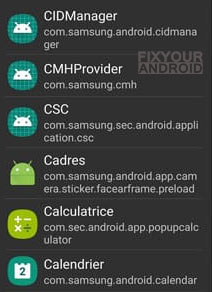 The CIDmanager is an app that is already on Samsung devices that helps the device get firmware updates that are specific to a country. Even though some people say it’s a virus, spyware, or malware like OMACP,but those all are false. The app is safe. But it’s scary when the “New Carrier Provider” error comes up and makes a loop that literally freezes your phone. But as discussed before, if you know how to stop it (just follow the previous instructions), you won’t have any issue.